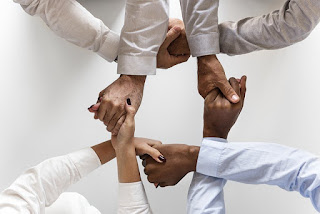 They clap for longer than we do, don’t they? The average handclap in the UK is ten claps. Here they go on for longer and stand up.  When we lived here before we went to coffee concerts. You paid the price of a cup of coffee and a slice of cake and you got a cup of coffee and a slice of cake. Plus a concert. Music students about to graduate. Semi-professional choirs. Musicians who teach as a day job. Professionals' dress or technical rehearsals. That still happens and there are still free lunch time concerts at the main concert hall. Everybody takes their sandwiches.

Did you know?  Every new public building must have a commissioned piece of art? If you've sold some art in the last five years you can receive benefits without having to look for work.

Yes, even I am guilty of saying "they".

They have these funny windows that open two ways. Actually, they're rather cool. You can leave the windows open without any chance of anybody breaking in.  Can we get some?

What about those taps? Eh, actually, they work better than our mixer taps. Can we have some of those too?

Keep the heating on all the time? Madness.  Expensive.

Why wouldn’t you have the heating on at the coldest part of the day?

I suppose it's better than having to heat from scratch every time.

Quite. But make sure you have your double or triple glazing and insulation.

You're good at books. That’s why we translate so many of them. But some of ours are good too.

They put vinegar and oil on their lettuce and they make salads out of potatoes. Well, that seemed funny to my mother. Now, you can choose your dressing. A bit like how duvets have taken over form sheets and blankets. We live and learn.

They don't drink coffee after 1. 00 p.m.  We come home to a nice cup of tea. They buy their bread twice a day. We often buy ours ready sliced a few times a week. We try for our five a day. They go for ten.

Stereotypes. Urban myths. Most Europeans  like both tea and coffee. The best bakery I've ever come across is in the south of Spain. Do you really only have five a day? Think. Count.
Have you seen the way motorways go through the mountains?  The quality of the roads in the wine-growing areas? How the Metrolink has expanded in Manchester?

Let alone international collaboration on research, medicine and crime-busting. Then there are laws that protect us all but don't contradict our own. Help for the farmers and the regions.
We are strong.
We are cultured.
We share ideas.
We are diverse but not divided.
We live in peace.
We respect each other.
We are European.
Posted by Gill James at 09:03

Email ThisBlogThis!Share to TwitterShare to FacebookShare to Pinterest
Labels: them and us