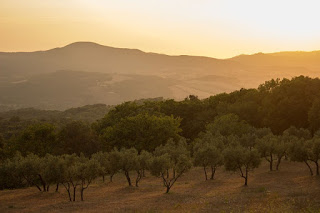 I've just come to the end of a rather fine holiday on mainland Europe. We have been staying in Nerja, which is the place that started me writing. We've been away for four weeks and I have been doing some work. It doesn’t seem like work though – reading and speaking Spanish, working on my fiction, people watching and adding to my blogs.

We've noticed a considerable rise in the cost of fuel and a slight rise in other prices. Fortunately we've been using some old euros – worth 70p each and some more recently purchased ones, where we got a good deal – worth 88p.

Darn, though.  We used to be able to get quality newspapers at the beach. Now it’s only The Sun, The Mirror and The Daily Mail.  We note that quality newspapers are available in other languages.
Are there fewer Brits here this time? Maybe. But there are plenty of Danes, Swedes, Belgians and Irish from the Republic. It continues to buzz here. Our British-owned resort may be struggling a little.  It's quieter. What happened to the live music?  Not that we were complaining. We liked the peace and quiet.

We stayed for two days in German-owned Casa Maro in Maro.  As we left we told our host that we would be calling into Valdepeñas to buy some wine. He raised his eyebrows. "Be careful not to buy too much or they'll make you pay duty. Oh, wait a minute, you haven't left yet, have you?"

Okay, so it's not all about "booze cruises" - and in fact cheaper alcohol is only one of the attractions for us.  It's a useful side effect.

"All those olives and vines," says our host. "You'll be driving though acres of them."

Indeed. We choose to drive rather than fly so that the scenery and the climate change gradually. When you fly you feel a little as if you've landed on a film set.

But haven't we kind of got used to the free movement? Do you remember the days of getting passports stamped and when you could only take £25.00 out of the country. (£200 now?)

I guess we'll get round all of this easily enough, eventually, after some initial chaos. After all, we get to North Cyprus, Australia and the US without too much bother.

But there are other bigger issues at stake:
·         Being excluded from European research groups
·         Losing all those great trade deals we have through the EU with those outside the EU
·         Losing the protection of the Eurpoean Court of Justice
today are my biggest three. I'll probably choose differently tomorrow.
There is so much that we're about to lose.

As we wait to board our ferry from Ouistreham, we become aware of a big police presence and a lot of Sudanese young men trying to sneak on to lorries and caravans. They've moved on from Calais. They're surprisingly well-dressed and healthy-looking considering they're living rough.  Apparently they have sets of keys for all makes of lorry and caravan.  They break into caravans and hide in wardrobes. The police and the customs officers do a good job of inspecting every truck and trailer.

However, these are intelligent young men and they've got this far. They might well be an asset.
They're a little intimidating but polite and actually aren't a threat on a personal level.  They just want a ride to the country whose streets they believe are paved with gold. But the Brits have largely abandoned the walks along the beach and the meals in local restaurants before queuing for the ferry.  Most go straight there.

We'd often admired one restaurant quite close to the terminal.  Last year we ate there. It was lovely. We seek it out again.  It looks as if it has closed for good.  The windows are dusty, though all the tables are laid inside, as if it is waiting for this to be over.

We take our usual stroll along the beach. A group of the Sudanese gentlemen are sitting on a fence. A French lady passes with her dog.  One of the young men tries to befriend the dog. The woman smiles. Near the road a poster about an international festival has been added to: "Refugees Welcome". We find a newly refurbished restaurant quite close to where our car is parked. Another English couple and two French families are eating there. There is perhaps some hope after all.