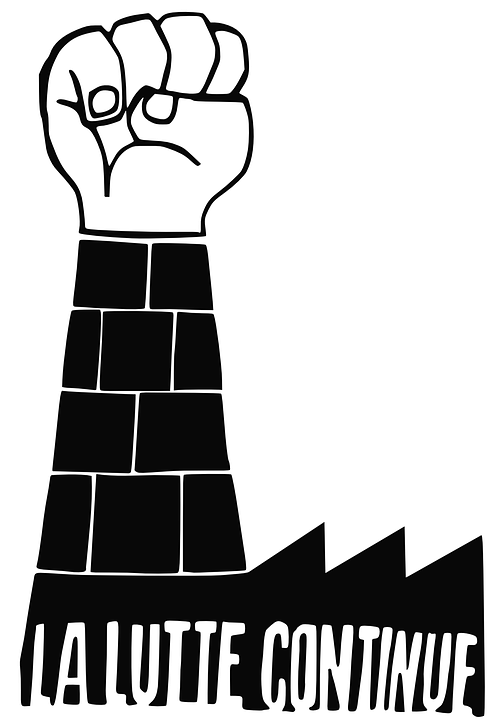 The end of the swinging sixties? Was it the influence of flower power and the hippies? The Vietnam War raged on, causing concern and protest on both sides of the Atlantic. There were revolutions and skirmishes on mainland Europe that didn't quite make it into the UK though certainly young people were vocal enough.

Or were we? When I went to visit my bank one day in 1970, my first year as an undergrad at the University of Sheffield, I had to make my way through a police cordon.  Barclays Bank in South Africa was segregating employees and customers. I was ambivalent about this; at least they were serving everybody in one building. Anyway, I needed my money, so I carried on through. A handful of protesting students arrived a little later. There were certainly more police than protesters.

On mainland Europe, the revolution continued. Even in 1972-1973 when I completed a year of study abroad, half in France, half in Germany, the French lecturers were frequently and aggressively on strike. Not about pensions, pay or workload but about preserving decent educational values and academic freedom. There have been strikes recently in the UK, perfectly justified ones I would say, but they were nowhere near as dramatic as what I saw in France back then. I took the opportunity to go and stay with my aunt and uncle who lived in Paris. That also was a good education.

I was impressed by one outcome in Germany. It became recognised in schools that a child's education happens as the result of a three way partnership: school, home and the child. Everyone would probably agree with that but here we do it if we can.  In Germany you have to.

Yes, we're this little off-shore island and even our current membership of the EU isn't as full as it might be: we never did take on the Euro or the Schengen agreement. Then there is this right of veto. It looks now as if we're heading for a "soft" Brexit, which though it preserves some of the advantages for the business world, e.g. customs union and freedom of movement, cuts us off from others that benefit ordinary people such as  protective laws and access to European funds. We remain on the edge, a little more isolated than before.

I'm a Boomer Remainer and proud of it.  I'm on the cusp of getting the T-shirt made. Many young people, including those who have become eighteen since the referendum in 2016, wish to remain. Many Leavers have died and several have changed their mind. Someone must do the maths. Yes, we all know about the "will of the people". To our youngsters I say remember the spirit of 1968.  I'll be right behind you, T-shirt and all. Let's see you politicised and out on the streets. Yes, it's beginning but is it happening quickly enough?
Posted by Gill James at 09:16