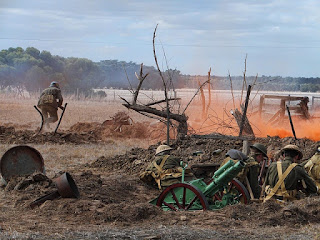 On this centenary of the end of the Great War there have naturally been many commemorations. I myself was involved with my choir Honour. We performed at the ceremony at the Salford cenotaph in the morning and went through our complete concert in the afternoon.

One of our songs is about the Salford Pals. On Saturday  I was at Accrington Library where there is a display of the Accrington Pals.  Kitchener’s idea seemed good at first; send a load of “pals” out together.   This fostered camaraderie and loyalty. They would look after each other.  Yes of course that happened.   But populations of young men were wiped from towns and villages at a stroke.  Only seven of the Accrington Pals returned.  Many of the Salford Pals also failed to come home from the Somme.

Politicians fall out and young men and women from both sides, who are more similar to each other than they are to their commanders, have to do the dirty work. On some level these are family squabbles.  Look how the royal houses are related.

Isn’t it better for us to that we thrash out these differences in the European parliament?  There are always squabbles and it doesn’t always run smoothly, but surely that is better than what happened in the trenches?

Some may argue that we should go further than just Europe and I tend to agree. However, if we can’t even get it right with those people who are more like us than they are different from us ….
Will Gibraltar cause problems? Will it come to skirmishes over fishing rights? Will we stop working together on terrorism and other crimes?

Will it all be as awful as some Remain hyperbolists suggest?

Possibly little will happen on 30 March 2019 because the civil servants can’t get it all ready in time. And in fact no one knows yet exactly what is to happen.

I have Poles living in a flat I own in Streatham. Their contract is due for renewal 23 March. Oh dear. What to do?

Yes, it’s been a weekend of World War 1 commemorations. We’re acknowledging that we didn’t learn as much from that conflict as we should have:  another even bloodier one followed a few years later. Churchill saw a United Europe as a way of ensuring that nothing so bloody happened again on that land mass.

Have we still not learnt?
Posted by Gill James at 10:45 No comments: