The NHS, Brexit and Other Crises 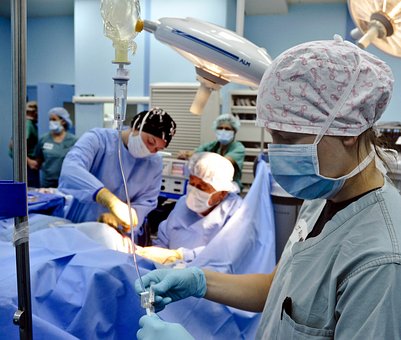 The woman who plastered my arm after the ten pieces had been stuck to a piece of metal pulled the band tight as she claimed "I'm glad somebody is doing something about it at last. There are just too many foreigners taking up beds that should be for British people. My mum keeps having her operation postponed."

"Can't we have a cup of coffee?" said one of the other patients at nine o'clock that evening.  "That young woman is English and she's on holiday."

Young? I was 65 actually and I break easily.  Ironically, for some part-time work I had NI contributions deducted even though you're not supposed to contribute after you're 60. Well I guess I'd more than spent them that week: four nights in hospital, a general anaesthetic, an operation that lasted two and half hours never mind 24 hour care, drugs and three meals a day.
Well, it was a kind thought. But I don’t drink coffee that late at night and I thought I was actually just a fellow Brit.  But NHS Wales is different form NHS England and funds must be transferred. I'm actually the foreigner here. I'm grateful, though, that the two systems work together so well.  Systems within the EU work together slightly less well but at least they can work together. Goodness knows what would happen after Brexit if a fall similar to mine were in Spain or France.

The cast became painfully tight and they wondered later that evening whether it would have to be split.

But I think the plasterer was wrong. If all the foreigners go home her mum will have to wait even longer for her op. I was treated by a couple of Welsh nurses and another was from the republic of Ireland. None of the doctors were native English or Welsh born. They, and other nurses, were a mixture of Commonwealth, second generation Windrush or EU citizens from other EU states.
The native-born British population is aging and not contributing much in the way of taxes. All of the immigrants are working and paying into the system. We can't really do without them.
And whatever, she shouldn’t have pulled that band so tight.
Posted by Gill James at 13:32