Human Rights in the UK and Europe 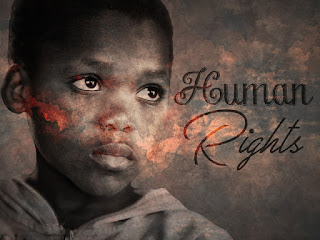 After the 2015 election Cameron proudly announced that the first thing he was going to tackle was Human Rights.  My heart sank. Then recently Theresa May suggested something similar and there was something about stopping people having the right to stay in the UK because they had befriended a cat.  What is a grammar School / Oxbridge educated Prime Minister doing talking in anecdotes? That is clearly ridiculous. Cats are resilient and if this case really existed, there was some misinterpretation going on.

Not nearly as alarming though as that these high-ranking Conservatives  suggest the Humans Rights Act takes away our ability to deal with terrorists or any other antisocial people. In fact, granting the rights to other humans makes antisocial behaviour unacceptable. Anyway, in the original Declaration of Human Rights  Articles 14.2 and 29.2 limit the freedoms of those who will harm others.

Read them. It will take you five minutes or so. There is nothing there that will do you any harm and can only be good for you.  A Google search will lead you to the list in various PDFs.

In 1998 they were adapted as law in the UK. This actually gave us sovereignty.  We could now deal with breaches ourselves instead of them having to go to the European  court.

However, my fear is now that we may lose them post-Brexit if these high-profilers continue wanting to tinker.  At that time we will no longer have recourse to the European court.
Posted by Gill James at 09:13