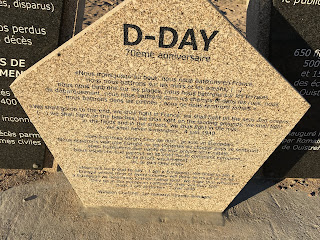 "Men will be proud to say I am a European. We hope to see a Europe where men of every country will think as much of being a European as belonging to their native land. We hope that wherever they go on the European continent they will truly feel here I am at home."

I’ve quoted this before and I’m not ashamed to quote it again.

That is how I continue to feel.  Some extra bits of red tape and having to pay tax on some imports will not stop that.

There is a lot of positive feeling coming towards us from ordinary people in the other EU states. That is gradually translating itself into concrete proposals:  Portugal wants us as a tourist so they will still allow us to use the rapid passport control channels whichever sort of Brexit we have.   The Republic of Ireland will not require us to have an international driving license.

Of course, this glosses over a little the problem of Gibraltar and our fishing rights, perhaps the M20 becoming a lorry park and the government rather than medics deciding who can have which drug if there is no deal.

But even with problems such as these  going on I would continue to think of myself as much European as British. Here is a key as well to what some Brexiteers are failing to understand.  It’s not a matter of being British or European. Being in the EU means begin British and European.

A protesting Brexiteer recently said that she was fed up of governed by a foreign power.  The EU is not a foreign power. It’s a group of countries working together. We have our say and in fact have had quite a storing voice within Europe.

In the end, you cannot take that part of me away that has become because I’ve lived and worked in France, Germany and the Netherlands and  have been so often to Spain that it feels like home.
Posted by Gill James at 08:39

Email ThisBlogThis!Share to TwitterShare to FacebookShare to Pinterest
Labels: being European, Churchill, EU as a group of nations working together