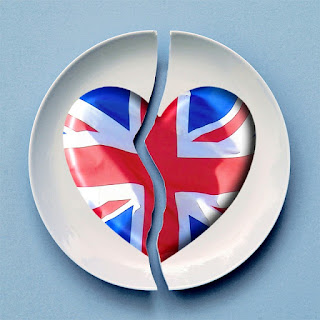 I attended my last session as external examiner at the University of Leeds just one week before the referendum. The meeting went well.  We descended into small talk at the close and mused on what we might be looking at in a few days' time.

"He should never have called for a referendum," said my colleague.

What? Only now was I beginning to feel a little uneasy. Surely it was supposed to be like 1975 all over again? Surely we would want to hold on to our free trade, the ease of movement, farmer's subsidies, the security of having a European court if the national one fails, being able to work easily with colleagues from other states, all that access to European money and all those very fair laws.

The night before the referendum I put my thoughts on Facebook. They were well received.

I had realised all along that this matter was divisive. It still is. I have to speak out but I'm putting my head above the parapet and getting some sharp comment back.

Recently a former Brexiteer said she had changed her mind. I asked her why she had voted to leave in the first place and what was she doing now to help reverse things. These were genuine questions, not a criticism, but of course someone has now made the point that she should be applauded for admitting she made a mistake. Yes, of course. But we also need to rectify that mistake before it's too late.
And I admit I too made I mistake: I said too little too late.

I now assume that the Brexiteers blame things such as homelessness and food banks on the EU. I personally think these would all be a lot worse if we hadn't been in the EU and know these problems have more to do with the fundamental causes of the 2008 economic crisis. I keep inviting Brexiteers to tell me why they voted as they did and to date have not heard or read one convincing argument.
The question has divided us and both sides have in places descended into name-calling. Some Remoaners (can we invent a different word please?) are assuming all Brexiteers are racist xenophobes. Some Brexiteers want rid of all of the Eourofans.  "Go and live on the mainland," one said today.  He wants us to leave the Brexiteers in peace so that they can make Britain great again. I personally doubt that that can happen – especially if all the Eurofans leave. The EU never stopped Britain being great – in fact it enhanced one of our main qualities – that of tolerance. History should have taught us that trying to make a country "great again" can lead to disaster. We watch with interest what's happening over on the other side of the Atlantic.

The majority of the people living on these islands (and indeed on the European mainland) are fair, open-minded and tolerant.

It was irresponsible if the two Eton boys to try to settle a spat this way. It was also irresponsible of our government to allow a less than 52% majority to be called the demonstration of the will of the people. The 48 / 52 % split clearly calls for a third way which is possibly a good overhaul, transparent to all, of the way the EU works. I guess the other 27 would have thanked us for raising the issue.