A Little Bit of Mathematics 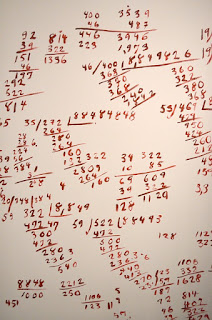 So, we give £350,000,000 a week to the EU. What does it spend it on? Oh, don't we get £300,000,000 a week back for our regions – two of which look as if they want to break off from the UK. The third, anyway, wants independence.  Which leaves merry England divided into two with many Big Towns wanting to Remain. Still, if Scotland and Northern Ireland leave, we won't have to pay for them.

30% roughly of the EU's spending goes on farmer's subsidies. Farmers are important. They produce our food.  It's not an easy life. The subsidy guarantees them an acceptable life style.  No, it doesn't make them rich. Just comfortable. The immediate question for many after the referendum was "Will we still get our subsidy after Brexit?" So, the British tax-payer is to pay that, then? That's okay. We won't have to pay the £350,000,000 a week anymore. Except if Northern Ireland and Scotland don't go they'll still want the £300,000,000 – Wales' bit- a week. And Wales will want her share anyway.

Never mind, that leaves approximately £20,000,000 a week. Okay, let's give that to the NHS and use it to get people off the streets. We can do without the EU- funded projects. Who cares about the Metrolink in Manchester? We don't really need the €10.9bn awarded to us for 2014 – 2020, do we? Guess we'll have to pay some of that back. And won't it be nice not to contribute anymore to less economically developed states? We're the fifth richest nation – let's keep it that way. We might make it to fourth. Oops, maybe not. We've just been downgraded. No doubt we Remoaners are accused of blaming it on Brexit. Yes, I know. It's unbelievable that nurses are using food banks, that young people can't get on the property ladder and that the wages for those working in the public sector are frozen – where exactly is the money in the UK? We must be giving it all to the EU.

Then of course there is the exit bill. How many weeks of £350,000,000 will that take?  It was already a lot before they went quiet and started hiding the figures.