What we're throwing away 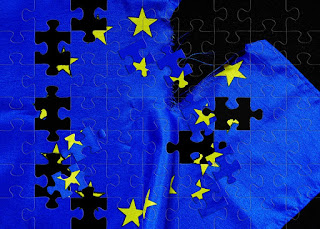 I find it very difficult not to spit and swear when some people, including Brexiteers, say that perhaps we may no longer have this or that benefit of being in the EU after Brexit.
Let's be very clear.
We – or at least a few of us – have opted to leave the club. We cannot expect to retain any of its benefits. It's extreme arrogance to suppose that we could or should.
Here are a few things that we lose:

We are currently entitled to be treated in a medical emergency when we are abroad in any EU state the same way as the citizens of that state. That should go. If we're not paying into the fund why should we get the benefits? Higher travel insurance then, and what with the pound compared with the euro, continental holidays may become a thing of the past except for the very well off. No doubt the xenophobia will grow.

Again, if we don't pay in, why should we benefit? I used to be the Erasmus officer at the university where I worked. I saw hundreds of students grow because of these exchanges. We did ones with non-EU countries as well so the principle of exchange may well carry on.  But oh boy, the added paperwork. Again, as well, restricted to the wealthy. Erasmus makes it possible for students of all backgrounds to study abroad. The incoming students brought some unfamiliar but welcome aspects of their culture to us. Outgoing students often went up a class or two on their return and also brought with them a new confidence and a new more open attitude to the world.

Where will you go when the British courts let yu down?

Workers from other EU states pay more in taxes than they cost us in services. Ex-pats are coming back. A lot of them are baby boomers.  A lot of people working here from other EU states are going back home because they fear what is coming and no longer feel welcome. So we shall not have an adequate work force.

The whole is greater that its parts.  Just take a look around you. Look for the star-spangled projects. What we give in comes back bigger. Yes, £350,000,000 a week is a lot of money. But we're going to have to find more than that to replace what the EU is doing for us. Not to mention the falling pound and the fee we'll have to pay to exit. Tax payers, get ready.

We have no claim on it now some of you have decided we should leave. If we did by some miracle manage to retain it, we're obliged to allow free movement. Wasn't getting rid of that the point for most Brexiteers?
By the way, we always did have our sovereignty and our own and EU laws would have controlled immigration numbers if they'd been enforced properly.
We are properly represented in the EU. We have MEPs. Most of them do a good job.

We've had sixty years of it.
Nigel Farage recommended that we should all go and see Dunkirk. Oh, yes, Dunkirk was very significant in World War II. We've even coined a phrase from it. Dunkirk spirit. But Dunkirk spirit isn't exclusive to the British. And do you want a conflict like that again?
I've been accused of hyperbole when I've mentioned war. 1'll point out here that the person who did this said it was actually all right back in 1999. Brexiteer, I have news for you. You voted to go back to 1972, not 1999. I can tell you from first-hand experience that it was quite difficult to work and live in mainland Europe back then.
We'll be too busy worrying about what is going on on the other side of the Atlantic and in North Korea to quarrel too much but at the very least there'll be a few heated exchanges about Gibraltar and fishing rights.