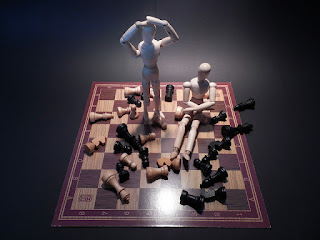 So what were people actually choosing on 23 June 2016?

A soft Brexit is described as one where we keep the single market and with that we have to keep freedom of movement. Surely, though, a lot of people voted for Brexit because they didn't want any more immigrants and they didn't want to be tied to free trade only with the EU.

Well, I note negotiations with Japan are going - well!  And even if they went brilliantly, dare I mention food miles?

The UK will not be £350,000,000 a week better off after Brexit. In fact, given that we will need to pay nearly that much to our regions, and goodness knows what to the farmers, that we will lose business, that the pound has weakened, that we lose access to magic money and that we have an exit debt to pay we'll be considerably worse off.

We still have sovereignty. We always did and would still have even if we stayed. EU matters anyway are decided by the EU parliament. We all have an MEP who represents us. One, of course, had totally let us down and creates a bad press for the rest.

There always were controls on immigration even from the EU, as there are in each EU state.  However, we chose not to implement them. Now landlords, small businesses and universities are being asked to police this.

Our immigrants provide us with a net gain. They pay more in taxes than they cost in services. Particularly worrying is the effect of Brexit on the NHS. Much of the workforce is made up of citizens from other EU states. If they all go home and all the baby boomer ex-pats return to the UK – which the state of the pound may force them to do as their pensions rapidly lose value – we'll be in a heck of a pickle.

Many of our friends from other EU states have returned home or are thinking about it. They feel unwanted here. In the eyes of the rest of Europe we look foolish and disorganised.
Posted by Gill James at 08:58