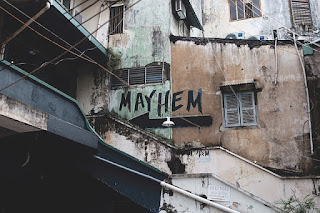 Global citizens are citizens of nowhere

I was educated to be a citizen of nowhere, then. I have a  BA Hons in French and German and then I taught French, German and Spanish for 26 years. We did lots of exchange visits.  All of the learning was based on the interaction between the students and their partners in our exchange schools.  “Stop saying ‘them’. “ Then Citizenship came in to the school agenda.  Yes, we were to educate our students to be citizens of the world. Citizens of nowhere, then.

On 29 March 2019 a huge part of my citizenship will be taken away from me.  Yes of course there’s a lot of Britishness in me. The Archers, Radio 4 generally, seaside rock, stiff upper lip etc. etc. But there’s a fair bit of Dutch, French, German and Spanish in me too and indeed of other cultures.
Xenophobia exists. We all feel it. It takes work to overcome it.  Years of work sometimes. But as we overcome it the world becomes a better place.

Maybe we global citizens are actually citizens of everywhere.

Whatever next?  Worth reminding you, madam, that it was a political spat, a bit of Eton mess that got us into this scrape in the first place.  Might your stance be to do with your wish to retain power rather than your conviction of what is right? You campaigned for Remain, didn’t you?

They’re queue jumpers, are they?  The Irish plumber who reliably comes and fixes out heating when it breaks down?  The medical staff who looked after me when I broke my arm badly and was in hospital for four days were nearly all citizens of other EU states. There was one Welsh man i.e. another EU citizen and two Commonwealth doctors. Where are the unemployed doctors and nurses they’ve pipped to the post?

These people pay their taxes and support the rest of us.

Anyway, there have always been measures in place throughout the EU to stop freedom of movement causing chaos.  We’ve just never enforced them.

They’re hardly queue jumpers , are they, if they’re taking up what is their right according to our laws?   And they’re queuing up for jobs to earn money on which they pay tax. The real criminals are those who indulge in benefit fraud.  I expect there are a few from other EU states. A few. Who are the rest?

Recently changed to over £30K. Ah, I achieved my £50K+ in my final year or employment. An increment on my senior lecturer pay scale brought me up to about £52K. I became a senior lecturer in 2014 after seven years as a Grade 8 lecturer and one year as a Grade 7. I spent my last six years of teaching in a comprehensive school as a Head of Modern Languages, Grade 3 on the pay scale. But despite three degrees, a teaching certificate and years of experience of teaching I remained “unskilled” until I was 63. I must be a real slow learner then.

Now, go tell that to the nurses and pharmacists.

Oh, and by the way; we need fruit-pickers. Not many UK nationals can be arsed.

The will of the British people

With all those gross lies, Leave breaking electoral law, and probably interference from the Russians, Leave obtained under 52%. Many Leavers have now died. Many others have changed their mind and even apologised for the way they “voted”.  (Quote marks because a referendum isn’t really a vote – look what happened in Denmark just before they joined the EU and now they say they’re glad they totally ignored the outcome.)  Many Remainers have become 18.  And what about the disenfranchised?  By the way, several of the Leavers who have changed their minds are other Boomers.

You have a hard job

I’ll give you that. The gentlemen have left a real mess behind them.  You should sit them down, Dave and BJ, and give them a good talking to. Clonk their heads together.

Who is the alternative to you? Within your party or from another?  I have a wish list but not much hope that it will be fulfilled.

So hang on in there, girl, but for all of our sakes, do the right thing. Show them what a good-hearted, level-headed woman can achieve.

Email ThisBlogThis!Share to TwitterShare to FacebookShare to Pinterest
Labels: citizens of nowhere, global citizen, politicians being political, queue jumpers, skilled workers, will of the British people