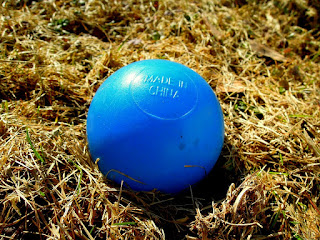 How often have you read that label on something you’ve bought? When I was a child in the 1950s that was found on many toys which were regarded with some suspicion. It meant the toys were made cheaply, possibly dangerously and as I grew older I came to realise that this may also have meant that the person who made them was probably not paid a lot.

Things have moved on now. China produces some really good quality goods and it’s a rising economy over there.  Mind you, I still feel uncomfortable at the vast difference between the rich and the poor; it makes us look like a very equitable society. However, everything seems to be moving in the right direction.

I’d like to pause just there: made in China. So, we’ve always imported from China. And from many other places in the world. I export books to Australia, Canada, US, India and Japan.  There is a constant exchange of goods. But where we’re not in a trade agreement, we have to pay import and export duty. There are also the “food” miles to think about.

So, de we really want to have to start paying to import and export duty on goods we get from  our nearest neighbour where food miles are less of a problem? How daft it that?

Look what happened with peppers recently. There had been a massive crop failure in the Mediterranean counties because of bad weather. They became scarce because we had to buy them from a market that supplied other places. They became expensive because of scarcity, import duty and food miles. Is that what we want?

In my ideal world there would be no barriers at all. We would use the same currency.  Affordable healthcare, housing and education would be available to everybody. Homelessness and starvation would not exist. Indeed, anyone causing the latter two would be marked as a criminal.

I’m old enough and cynical enough, however, to realise that we’re some way as a human race from being able to achieve that. However, breaking up what could be a balancing super power, is a step backwards. In fact it looks as if that break up might cause the break-up of a smaller unit as well. What oh the Union Flag then?

For the sake of something made in China that we can get relatively easily anyway?
Posted by Gill James at 09:00