Peace in our time?


What a curious few hours and days. On Tuesday evening I was doing that which gives me the most hope; singing with my choir. We worked hard. We are taking part in an event on Saturday with Honour Choir. I sing with them too. We got through all of the songs we’ll do then and also of the Christmas songs we’ll do at the Ideal Home Exhibition the next day. Hard work but exhilarating. We could stop worrying for a little while about what we might find out the next day.
My friend / colleague (I’ve published him twice and we sing tenor together in two choirs tough I’m tenor 1 and he’s tenor 2) Chris Bowles  has written some words that reflect the lives of woman during World War 1. These will be in our In Remembrance concert. In my Schellberg cycle I look at the lives of German women during both world wars.
My protagonist, Clara Lehrs, book two, spoiler alert, constantly says; “Things are going to get better soon. They wouldn’t do that would they? People are too good.” No, Clara, people are not that good. They would do that. They did. Things got worse not better. She was murdered at Treblinka, after beint tranported to Theresienstadt on 22 August 1942. 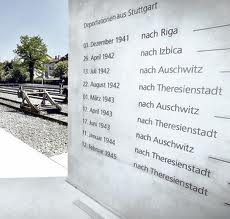 Do you recognise a pattern? They surely won’t vote to leave? They surely won’t vote Trump in? They did on both counts.
A big aim of the Common Market was to secure peace within Europe. It sort of worked. Yes, we bitch and squabble, and naughtily flout the rules when it suits us, but come the bomb, chaos in the USA, and terrorism escalating we would have pulled together. We still could. We are, whether we like it or not, family.
So even more puzzling that Fareham and Basingstoke voted leave. They have strong twinning ties and one of the joys of these have been joint concerts. Each group brings its own repertoire and rehearse as well together. So, some of us, some of them, and some of us together.  I’ve been involved with such activities in both towns and their French and German twins. It works so well. It feels now as if they’re slapping some of my good friends in the face.
Good old Bristol, Manchester, Liverpool, London, Northern Ireland, Scotland and some pockets of Wales.
Can we sustain that peace if we’re out of the union? And doesn’t the world, Europe and we ourselves need us in Europe even more firmly in view of what has just happened in the States? The timing of it too, just as we remember what has happened in major conflicts throughout the world and in particular on mainland Europe.